Following their 1st showcase in Singapore Kallang Theatre in June 2017, PENTAGON is coming back to Singapore with their first full concert 2019 PENTAGON WORLD TOUR, titled “PRISM”, which will be held at 1800hrs on 2nd November 2019, at The Star Theatre, The Star Performing Arts Centre. 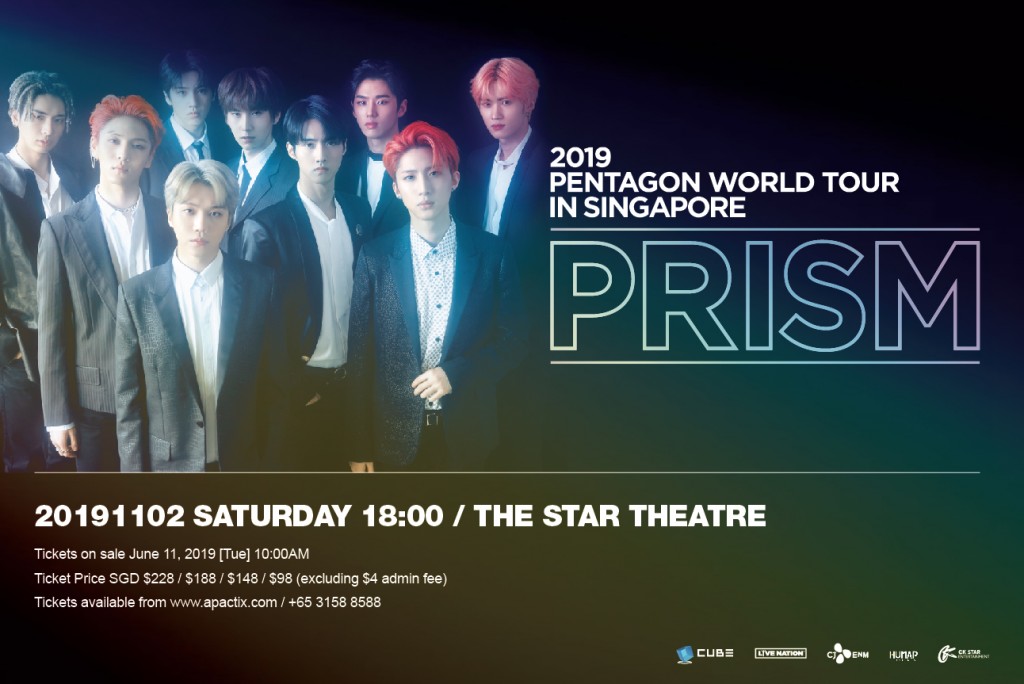 All Universes in the region have reason to rejoice, as this is definitely a show not to be missed. Both performances for the 27th and 28th of April that were held at the Bluesquare iMarket Hall in Seoul were successfully completed upon showcasing the popularity of the group! The 9 members, comprising of JINHO, HUI, HONGSEOK, SHINWON, YEOONE, YANAN, YUTO, KINO and WOOSEOK will be performing for at least 16 shows in 15 cities worldwide, traveling to North and South America before returning to perform for their fans in Asia. Singapore is slated to be the last stop of the tour.

Tickets will be available from https://www.apactix.com. Hurry, get your tickets now!

2. Infants in arms and children under 3 years old will not be admitted into the performance venue.

3. Adults and children 3 years old and above will each require a ticket for admission.

4. No photography, audio and/or video recording allowed. IPads & tablets are not allowed.

5. No outside food and beverage is allowed into the venue.