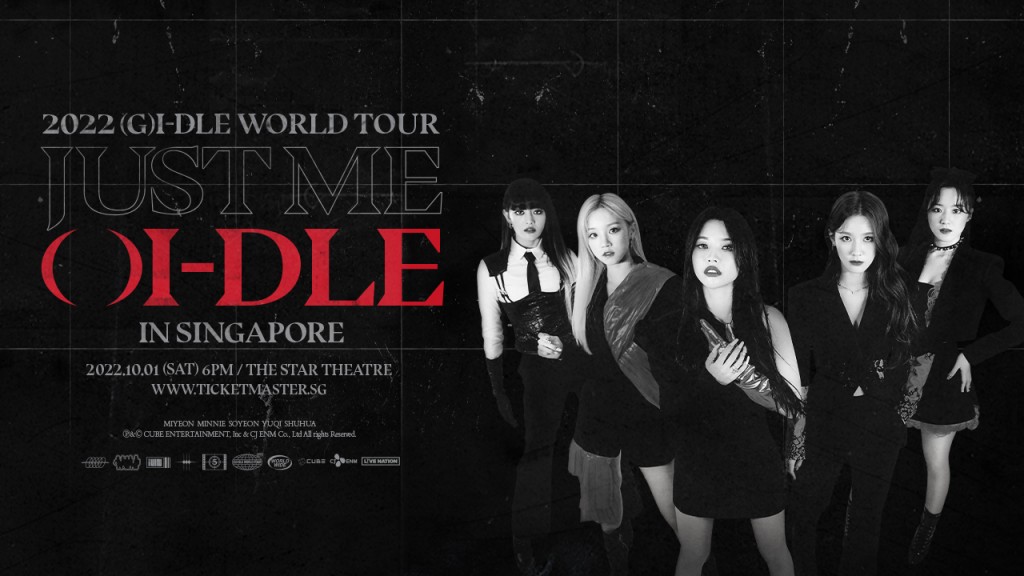 2022 (G)I-DLE WORLD TOUR [JUST ME ( )I-DLE] is the first concert tour headlined by South Korean girl group (G)I-DLE. The name was derived from the lyric featured in the song “TOMBOY” of their first studio album, I NEVER DIE (2022). The world tour has kicked off in Seoul on 17 June 2022, and will continue onto several cities in Asia, North America, and Latin America. This is the group’s first in-person concert tour since their debut in 2018, and they will be coming to Singapore to perform on 1st October 2022 at The Star Theatre.

(G)I-DLE officially debuted on 2nd May 2018 under Cube Entertainment, consisting of members: MIYEON, MINNIE, SOYEON, YUQI AND SHUHUA. (G)I-DLE is recognised as a “self-producing” idol group, breaking stereotypes of female K-pop groups. They have been actively involved in the creation of their music, where SOYEON has helped write and produce a majority of the group’s songs, and MINNIE and YUQI have also co-written numerous album tracks. Being the youngest group to appear on Queendom, the members were actively involved in conceptualizing their own music videos, jacket photoshoots, song arrangements, choreography, and outfits. Dubbed “monster rookies” of 2018, (G)I-DLE have been praised for their musicality and diversity, and is considered one of the most successful South Korean girl groups today. 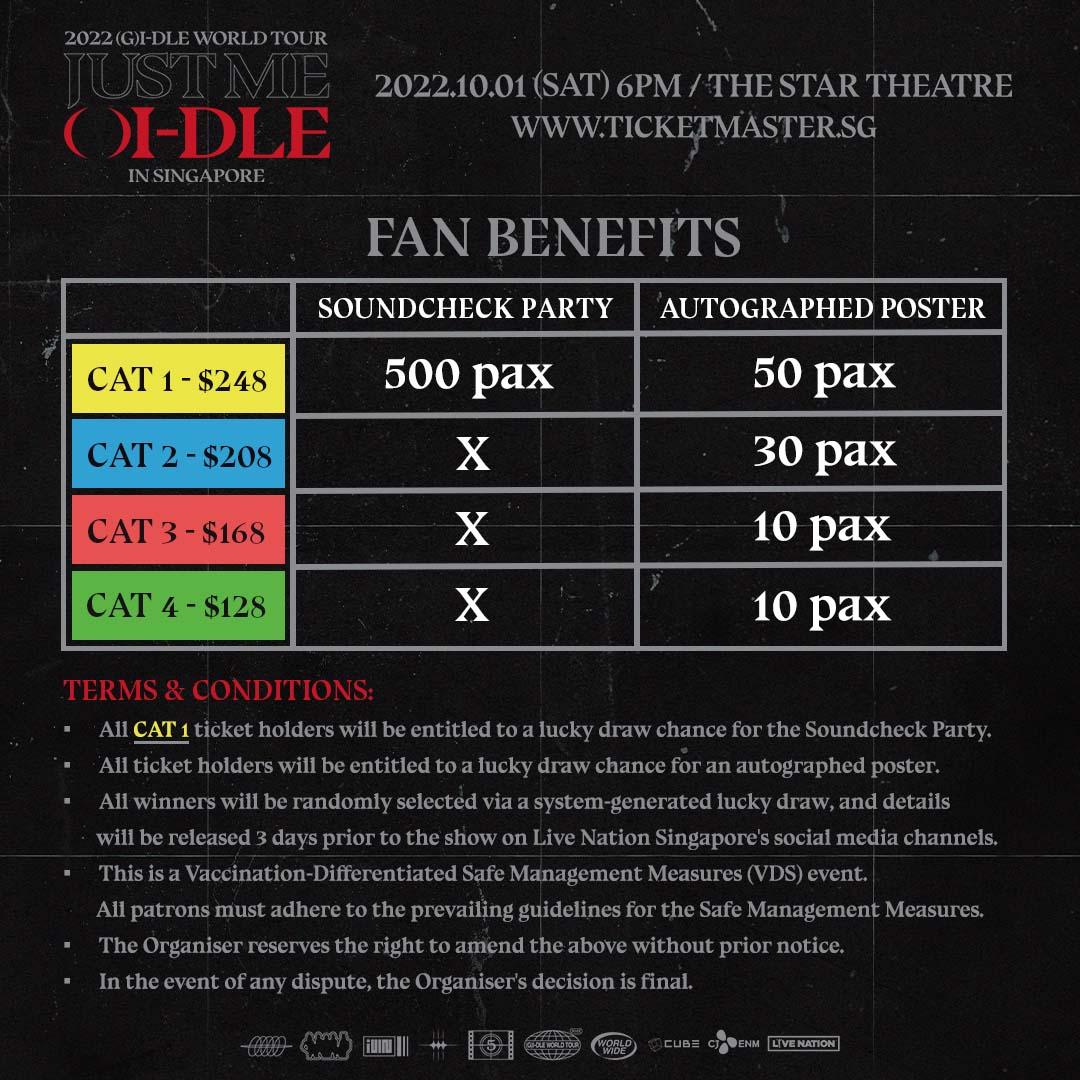