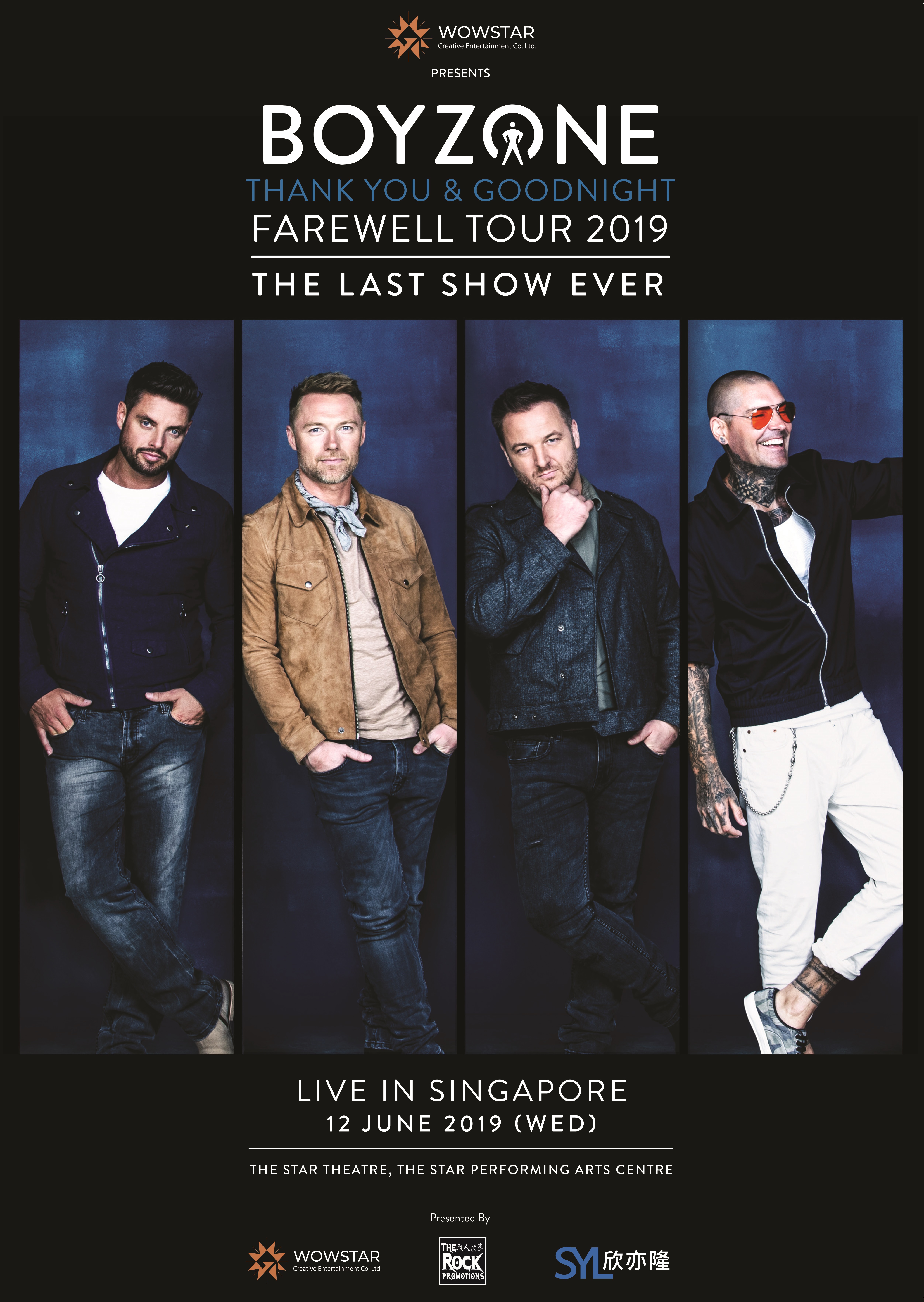 COME TO SAY GOODBYE AND BID FAREWELL TO BOYZONE FOR THE VERY LAST TIME. IT’S NOW OR NEVER.

Presented by Wowstar Creative Entertainment, legendary Irish group, Boyzone will be returning to Singapore for the very last time. After 25 years in the limelight, they are ready to call it a day following their current Thank You & Goodnight farewell world tour. The band are slated to perform in Singapore on June 12, 2019 at The Star Theatre, The Star Performing Arts Centre.

The group consists of members Ronan Keating, Keith Duffy, Mikey Graham, and Shane Lynch, released their seventh and final studio album ​‘
​ Thank You & Goodnight ​​ ’ on November 16, 2018, ahead of their farewell tour. The album has twelve tracks, featuring songs co-written by Ed Sheeran, and Gary Bar​low (Take That), and their single ‘I Can Dream’, featuring vocals from original member Stephen Gately who passed away in 2009.

Formed in 1993, by X Factor star Louis Walsh, the group have since gone on to become one of the most successful ‘90s boy bands with five No.1 albums and more than 25 million records sold
worldwide. Throughout the years Boyzone have captured the hearts of many with classic hits such as “Love Me For A Reason,” “No Matter What,” and “Everyday I Love You.”

Don’t miss out on the chance to say a final goodbye and hear them live one last time! It’s now or never.