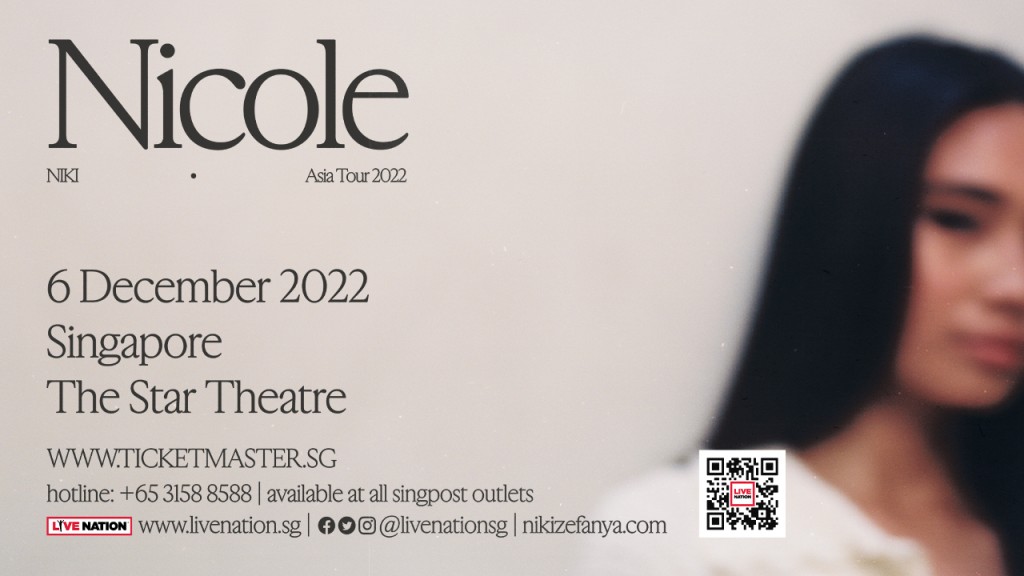 NIKI ASIA TOUR 2022 IN SINGAPORE will take place at The Star Theatre on 6 December (Tuesday) 2022. There will be an exclusive presale for Live Nation members on 5 October (Wednesday) from 2pm to 11:59pm. Visit www.livenation.sg for membership signup, pre-sale access and concert updates. General public tickets are available starting from 6 October (Thursday) 2pm via www.ticketmaster.sg.

23-year-old NIKI has slammed the door on the conventions of pop stardom—writing, recording, and producing her music on her own. Born in Jakarta and based in Los Angeles, NIKI has captured the attention of audiences around the world, earning praise from Billboard “as one of the brightest rising stars.” Earning wide critical acclaim since her breakthrough EP, “Zephyr”, and her debut album, “MOONCHILD”, NIKI has cultivated fans around the globe with her expressive voice, personal songwriting and genre-blurring artistry, becoming a vibrant symbol of – and an advocate for – a generation of Asian musicians.