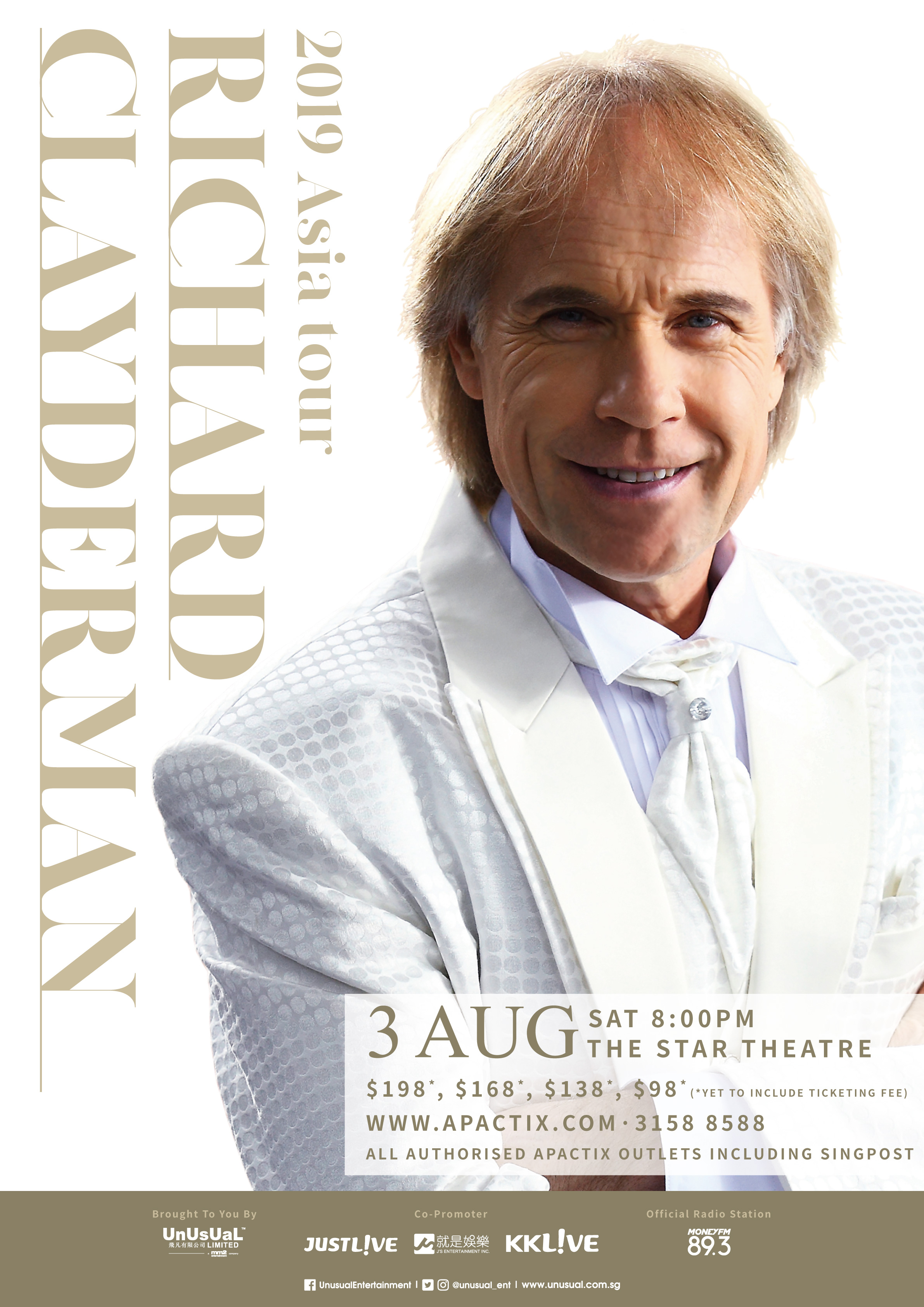 Recognised by The Guinness Book of World Records as the most successful pianist in the world, Clayderman holds an incredible record of 267 Gold and 70 Platinum discs to his credit. To date, Clayderman has accumulated over 1,300 melodies, played more than 1,200 concerts all over the world and clocked up massive worldwide album sales. In the words of a German journalist, ‘he has arguably done more to popularise the piano around the world than anyone since Beethoven’.

Join the charming musician for a romantic night as he performs a specially curated repertoire of music like “Mariage D’amour”, “Ballade Pour Adeline” and “Souvenirs D’enfance” with an ensemble of 14 local strings talent.

Do note that the show is approximately 120 mins long including a 15 mins intermission.