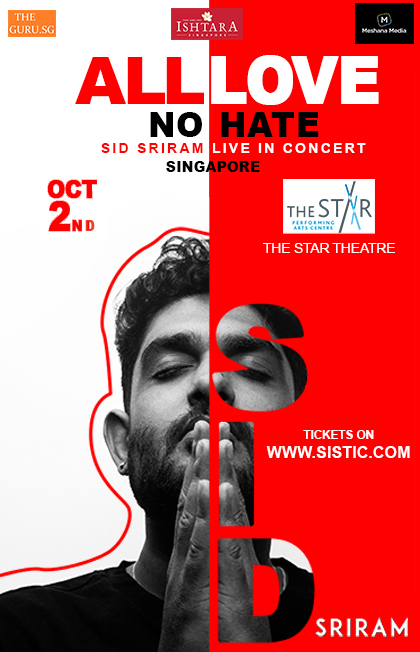 Sid Sriram performs live in Singapore on 2 Oct 2020 at The Star Theatre, as part of his ALL LOVE NO HATE world tour. This marks his 3rd full-fledged music concert in Singapore since 2016. Hailed as the New Voice of South Indian Music, Sid continues to be a trendsetter, smashing charts, scooping awards, mesmerising millions with his magical voice and music since his debut with the hit song ‘Adiye’ from the movie ‘Kadal’ composed by the one and only AR Rahman in 2013. An accomplished Carnatic Singer who is also trained in western R&B styles and having attended the prestigious Berklee College of Music, Sid Sriram is unlike any other singer in his generation.