Lushington Entertainments is proud to announce that K-TIGERS ZERO will perform their first-ever live concert in Singapore, on 22nd February 2020, 7:00pm at The Star Theatre, The Star Performing Arts Centre. Tickets from S$58 will go on sale from 8 January 2020 (Wednesday), 10am via APACTix. 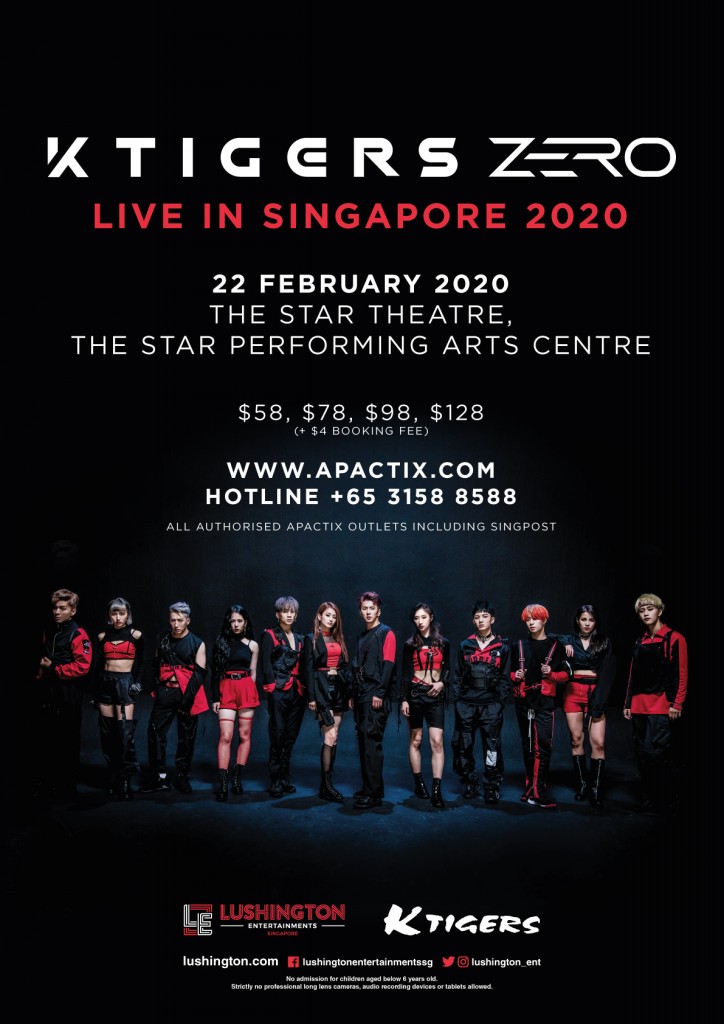 They debuted in September 2019 and have released their debut mini album ‘희로애락’’ (translated as Joy, Anger, Sorrow, Pleasure) which features impressive tracks such as ‘Odd & Beautiful’, ‘Now’ and ‘Side Kick’.

The group have their own reality show called ‘Zero Life’ on Youtube. Member Byun Hyunmin was a competitor on Produce 101 Season 2, while Kim Tae Mi has appeared in 2017 drama ‘My Sassy Girl’ and variety show ‘Running Man’. Ne Tae Joo appeared in Hollywood movie ‘Pan’ and also took part in the variety show ‘I Can See Your Voice’.

Fans can expect a unique, high-energy live show filled with an electrifying mix of taekwondo, singing, dance, rap and choreography from the multi-talented group members of K-Tigers Zero.

No admission for children below 6 years old.

2. Infants in arms and children under 6 years old will not be admitted into the performance venue.

3. Adults and children 6 years old and above will each require a ticket for admission.

4. No photography, audio and/or video recording allowed. IPads & tablets are not allowed.

5. No outside food and beverage is allowed into the venue.

Operation Hours:
Monday to Sunday and Public Holiday (11am – 9pm)