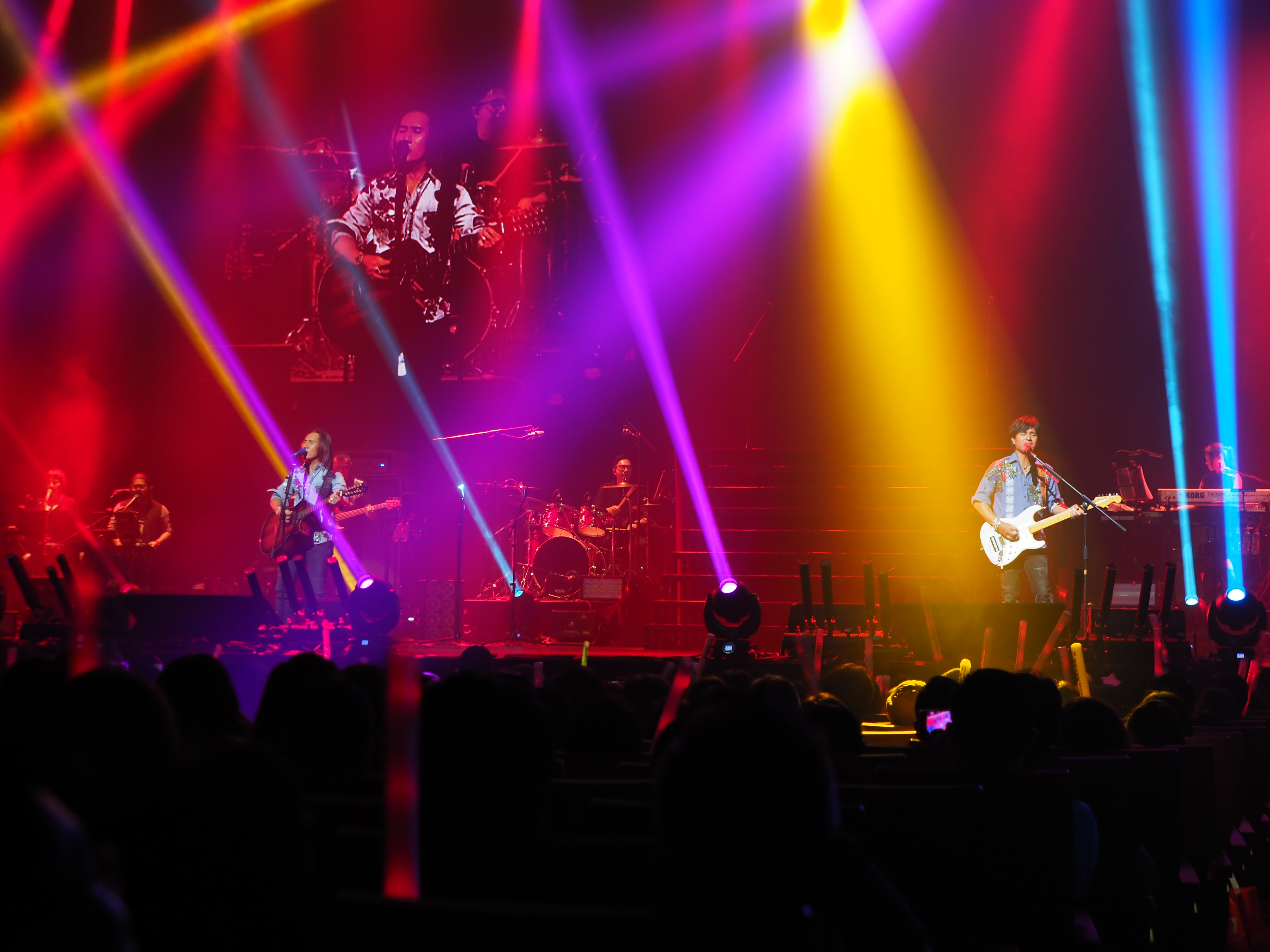 Walking from the Buona Vista MRT, I was pleasantly greeted by the ark-shaped building of The Star which gave a contemporary and yet artistic demeanour. This was the performance venue for Power Station’s 20th anniversary concert.

As I headed to the mall for my pre-concert dinner, I was spoilt for choice with Korean, Japanese, Western and Chinese cuisines. I had Japanese ramen and then proceeded conveniently to The Star Performing Arts Centre via the lofty flight of escalator.

At the theatre foyer, I joined the queue to get a glass of merlot from the bar counter and was promptly served. As the usher led me to my seat, I was excited at the thoughts of meeting the Taiwanese rock duo Yu Chiu Hsin and Yen Chih Lin.

Once seated, I noticed that Power Station has definitely built new audiences over the years, a telling sign from the good mix of youngsters and young-at-heart fans who have followed them through their journey since the 1990s. The opening song “Next Station” shook the theatre with a blast of a dazzling vivacity with futuristic multimedia images projected on the majestic widescreen, supported by vibrant lighting effects. Armed with guitars, Power Station projected power and intensity through their vocals and presence on stage. The night continued with a generous serving of fast-paced rock tunes and sentimental rock ballads from the past 2 decades.

Among the appetizing buffet of songs presented was “Dynamite”, written by our local songwriter Eric Ng for their album “Power Station 20th” which was released in 2016. “Safe and Sound”, from the same album, showed the softer side of the two singers. The song item was artistically enhanced with multimedia projections of diverse patterns of cocoons, trees, and wings formed with pairs of hands cuddling the singers at their moments of vulnerability. 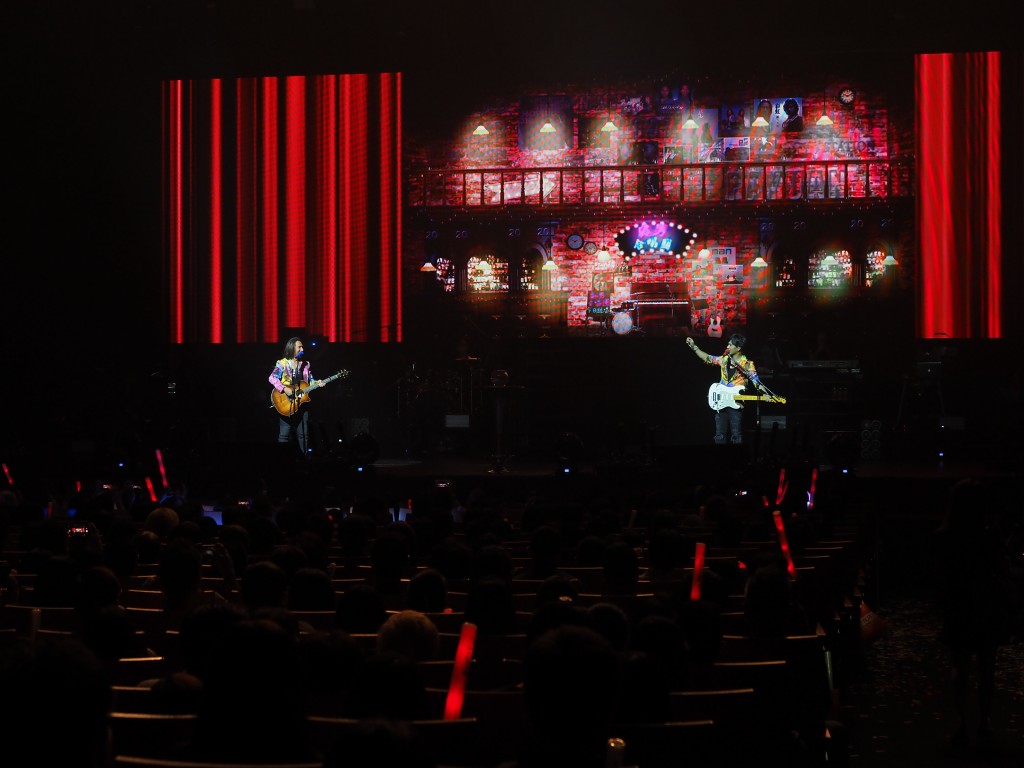 There was a mini re-enactment of how the duo started singing in pubs including a snippet of them singing Bon Jovi’s “You Give Love a Bad Name” among other common pub favourites. As a special feature of the 20th anniversary concert, there was a glimpse at the peaks and valleys of their journey before and after stardom through video interviews with them, their families and friends.

Yu humorously shared with fans that he used to wear shades at night as he could not afford to buy a pair of sunglasses and a pair of glasses for his short-sightedness so he combined the two in one pair of shades. Yen revealed how he did not give up singing even while working as a cleaner before forming the band, and how he had neglected his wife who was pregnant while focusing on his singing career.

An emotionally charged moment came with the song “Lullaby”, which Yen sang for his wife and daughters. Sniffing sounds filled the theatre when the camera was on his tearing wife, who was seated among the audience.

The climax of the evening was undoubtedly the two instances when Power Station walked down the stage and mingled with the audience. The fans swarmed around the duo and took the opportunity to shake hands and take photos with their idols. The LED displays on the screen created a rich diversity of visuals complemented with the fabulous lighting designs resulting in a total feast for the senses!

The last song “A Solo Duet” brought about a sense of sorrow hinting at the fragility of a rock band’s lifespan. However, the audience were not about to accept the ending and the 5,000-crowd gave a thundering roar and a deafening chant of an encore. Power Station re-emerged on the stage and performed a grand finale of their popular hits ending the evening on a high.

The intoxicating tunes were still lingering in the hearts of the audience when they moved in an orderly manner out of the venue. A well-clad lady exclaimed, “I feel that I am in my twenties all over again!”

What a great night of electrifying rock music! Here’s to the next 20 years for Power Station! 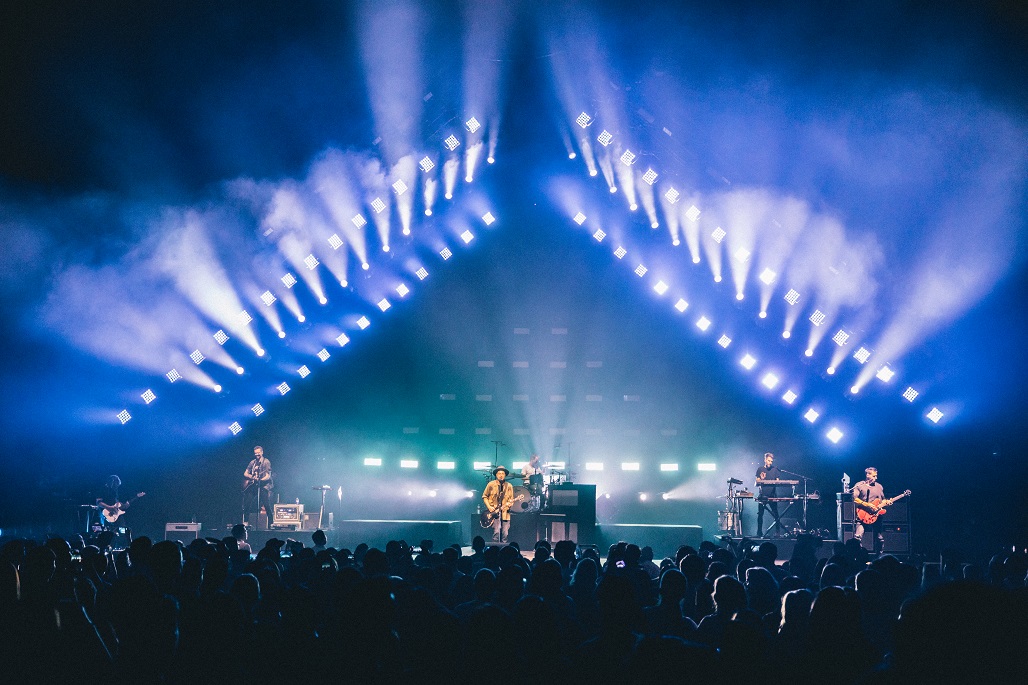