Now/Live are delighted to present Bon Iver – Live in Singapore on 17 January 2020 at the Star Theatre! The iconic indie outfit from Eau Claire, Wisconsin will be returning to our shores after their sold-out debut here in 2016 with a captivating new live show, following their critically-acclaimed 2019 release “i,i 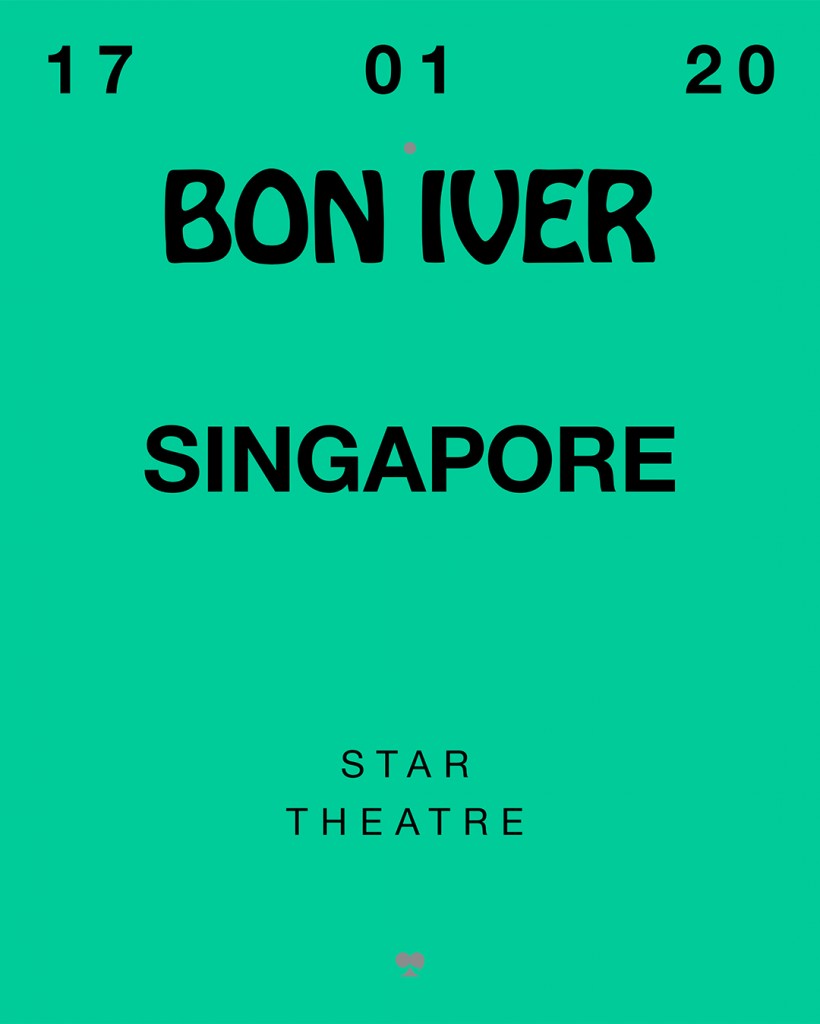 ”.
When Bon Iver released “For Emma, Forever Ago” in early 2008 it introduced Justin Vernon as one of the most gifted songwriters of his generation and revealed a sound that was distinct — tethered to time and to place, to a season of contemplation and the crisp, heart-strung isolation of a northern Winter. Its successor, the self-titled “Bon Iver, Bon Iver”, brought something more frenetic, the rise and whirr of burgeoning Spring, of hope and sap and movement. In 2016’s “22, A Million”, Vernon came to see something different again: “it was,” he says, “our crazy energy Summer record.” The band’s fourth album “i,i” completes this cycle: a Fall record, Vernon says, autumn-coloured, ruminative, steeped. “The title of the record can mean whatever it means to you or me. It can mean deciphering and bolstering one’s identity. It can be how important the self is and how unimportant the self is, how we’re all connected.”